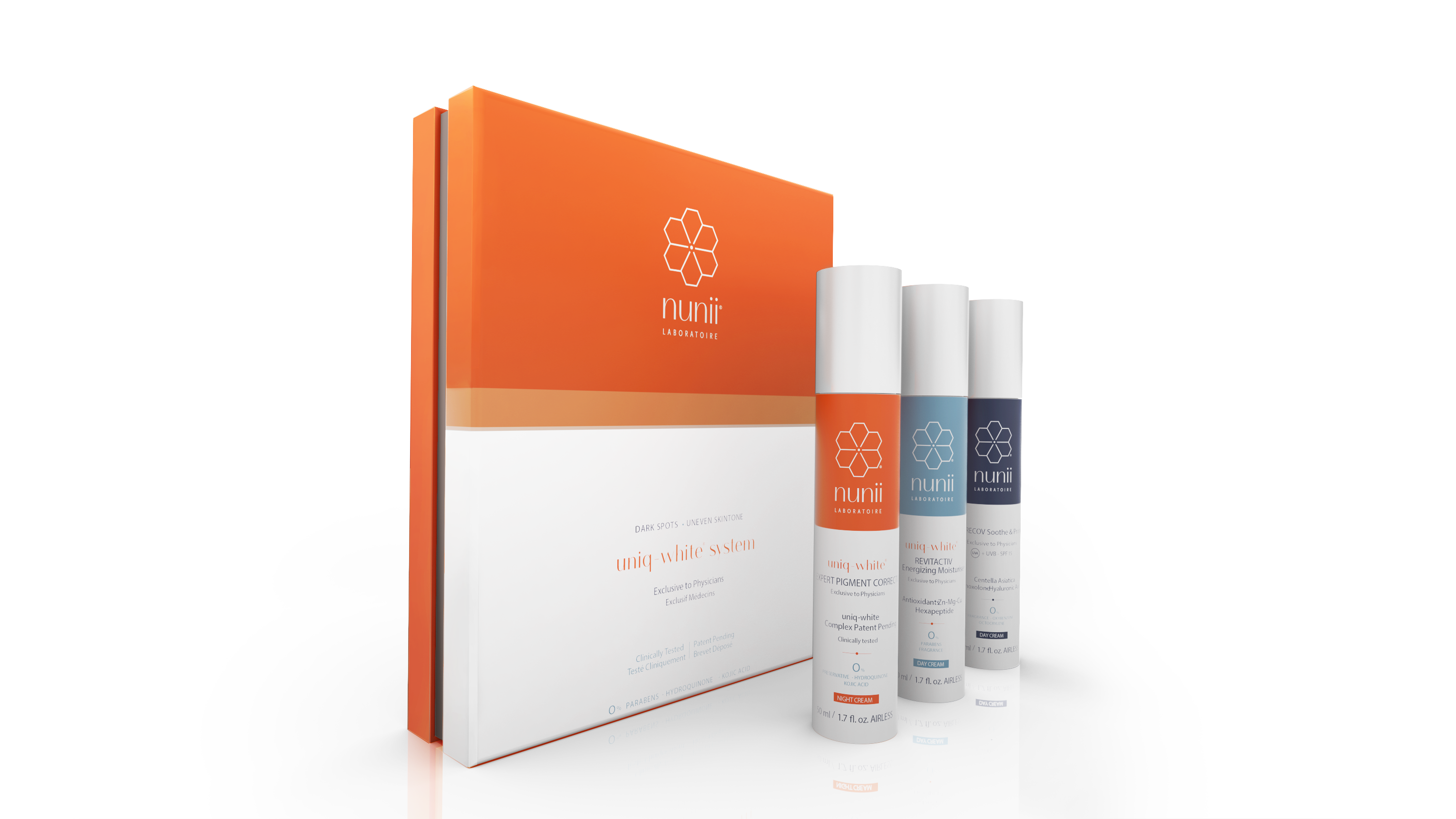 SKIN hyperpigmentation with solar lentigo, ephelids and melisma remain a frequent reason for consultations in my outpatient dermatology clinic. This problem, which has a serious social impacts on patient’s lives, has continually led to therapeutic innovations. Until today, however, these advances have not been completely satisfactory. Research and development at Nunii Laboratories has clearly identified the mechanism by which spots on the skin are formed and deposited. This has allowed offering a targeted, unique and sui generis therapy: the UNIQ-whiteR system protocol. It is an ambulatory and home therapy that involves four outpatient sessions in a medical office and a product kit for home use. This protocol is innovatory in that it involves ingredients that have been found to block melanogenesis, the process which causes spot formation on the skin at different levels. Its active ingredients work synergistically, ensuring a total blocking of hyperpigment formation.

A better understanding of the biochemistry of melanogenesis reveals a number of options to reduce melanin production at different stages.

The Uniq-whiteR system is the first protocol on the market to combine a single synergistic complex of active ingredients that comprehensively acts on the main biological mechanisms causing skin pigmentation.

1) The depigmenting Uniq-White® Expert Pigment Corrector (patent pending) is a professional booster combining a complex of active ingredients in their purest and most effective form. It affects the main stages of the melanogenesis mechanism. –

The standard protocol consists of four outpatient sessions spaced two weeks apart (for a total of two months of therapy). – Each session consists of two phases. The first involves the application of a combined keratolytic surface peeling, allowing the acceleration of cell turn over and spot fading. The second phase consists of the application of “expert pigment corrector, a transparent occlusive mask containing patented ingredients. 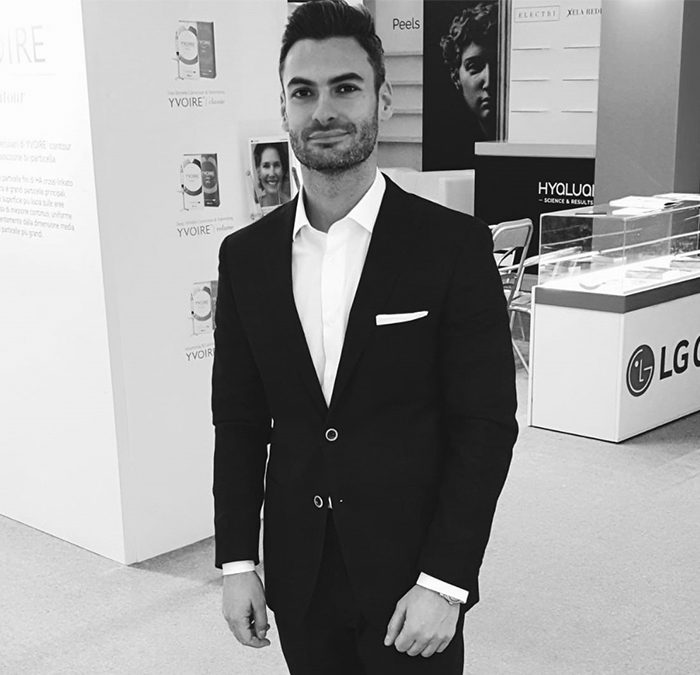