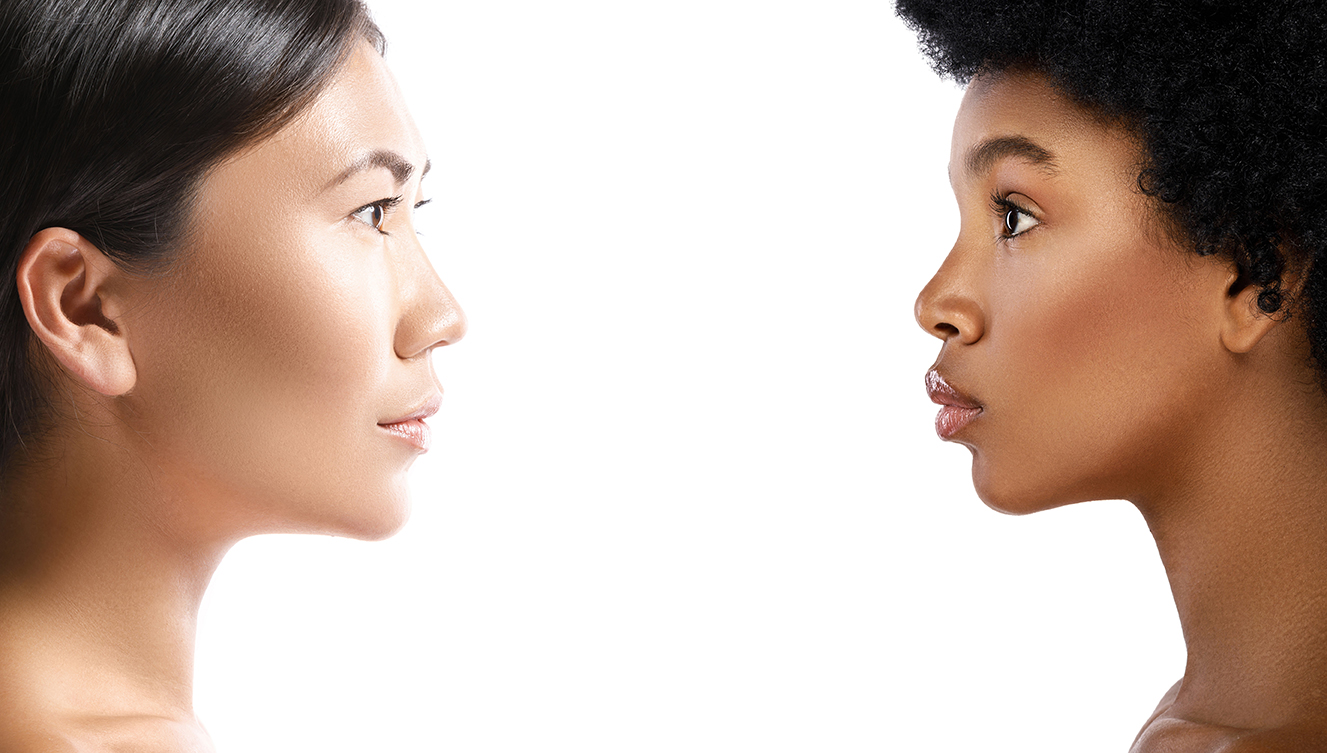 The latest data from the American Society for Aesthetic Plastic Surgery (ASAPS) in 2017 ranks chemical peelings in the top five non-surgical procedures for women. This resurfacing procedure involves the application of chemical exfoliating agents to the skin to produce variable depths of controlled skin injury and subsequent regrowth of the skin. Superficial peels act on the epidermis, medium penetrate to the papillary dermis and deep peels reach the reticular dermis. The deeper the peel the stronger the action but also the higher the risks of undesired effects, especially for darker skin types.

Results from the latest dermatology study which was published in September of 2018, have allowed a better understanding about the frequency and range of side effects associated with superficial chemical peels in an ethnically diverse population with Fitzpatrick skin types III-VI.  The study entitled “Assessing the safety of superficial chemical peels in darker skin: A retrospective study,  by Vemula, Shalini et al., and was published in the highly reputable Journal of the American Academy of Dermatology, September 2018 – Volume 79 , Issue 3 , 508 – 513.e2

Indeed, most of the previous or existing research conducted by professionals and academics in the past in the field of dermatology tended to focus on the impact of peels on lighter skin types. Among the few studies and surveys which actually dealt with darker skins, it was suggested that the darker patient’s skins were, the higher risk was for patients to experience complications and/or experience side effects. However, they were small-scale, short-term studies, and often carried out on population segments that weren’t diverse enough.

This study was the first large scale study of its kind; a 5 year retrospective analysis carried out at the Department of Dermatology at the Boston Medical Center, MA. A total of 473 chemical peel treatments were performed on 132 patients with skin types II-VI, using a variety of chemical peeling agents and strengths; Glycolic Acid, Lactic Acid , Salyclic acid or Mandelic acid ranging from 10%-88%. 62% of patients received a single peeling agent. It is worth noting that a majority of the patients were females and had facial peels.

Overall 75.5 % of patients in this study reported their peel to be efficacious. 41% of the treatment indications were for melasma, 27% for Post inflammatory Hyperpigmentation, 20% for multiple problems and 10% for Acne. Side effects were defined as the development of dyspigmentation, erythema, crusting or blisters. Out of 473 treatments only 18 of the treatment (or 3.8%) led to complications much lower than in previous studies. Of this percentage, 1.1% were associated with short-term complications (≤ 2 weeks) and 2.7% with longer term complications (≥ 2 weeks). Contrary to the commonly held clinical belief that side effects are more common with the application of the first peel, this study found that patients who developed side effects had at least one prior uncomplicated peel. It is worth noting that Combination peels produced less side effects than single agent peels, probably due to the slower additive effect rather than the use of higher concentrations or longer exposure time of a single peeling agent. No permanent side-effects or complications were recorded in the study.

Although the results of the study also highlighted that skin types VI are more likely to develop complications and/or side effects to superficial chemical peels, this study showed that the complication and/or side-effect ratio statically remains very low at 3.8%, much lower than reported in previous studies. Therefore it can be concluded that when performed in an appropriate manner, superficial chemical peels have a relatively low complication rate in darker skin types. Of course further studies are needed to elucidate the significance of the trends reported in this study.

Once again, NUNII aims to share the latest in terms of dermatology and skin care research, to enable doctors and patients alike to keep up to date with the most recent advances in the aesthetic dermatology, and hence allow them to make the most informed decisions when it comes to their choice of dermatology skin care products and peeling treatments.